First off, some ground rules…

The music in the first episode caught my attention in a negative way: it seemed a little forced, as if the producer, J.J. Abrams, was trying to say “Hey! We hired a pair or EDM producers! We’re so relevant! Watch this show or I’ll have to over-use lens flares again!”

After a few episodes the score calms down, stops trying to impress us, and that’s where it really becomes enjoyable. The soundtrack to this sci-fi cop drama was created by electro duo, The Crystal Method. They really don’t shy away from synthetic sounds which enforce the near-future, sci-fi feel. It’s got some reasonably funny moments in it too, which is an added bonus.

A favourite episode for me is 8 of Se1, in which Dorian saves a life by jumping in front of a guided bullet. The music in the run-up to the bullet’s impact is perfectly tense and also works great with the calm of the group unsuspecting of the oncoming bullet. After taking the bullet, Dorian ends up speaking Korean for much of the episode and singing K-Pop.

Check out Almost Human on DVD on Amazon.co.uk

Now, don’t get me wrong, the series has it’s flaws, (I don’t happen to think rape makes for a good plot device), but the soundtrack certainly isn’t an issue. Djawdi composed one of the most memorable opening theme’s for a TV series, and created an evocatively fantastical vibe.

The high point of the score comes in Se4Ep9, when the Night’s Watch have to defend the wall from the northern invaders. When the Wildlings first appear from the forest as it’s burning in the background, the percussion and huge brass blasts perfectly summarise the barbarity of the Wildling horde, and the fearful stubbornness of The Watch.
Another, is the occasional re-imagining of the title theme used to highlight certain scenes. I recall hearing it used for Daenerys and Jon Snow on at least one occasion each, and I have a theory about it’s use… Let’s just say that if I hear it for Tyrion but no one else, then I’m right.

on Amazon.co.uk, and here for the Soundtrack CDs and downloads 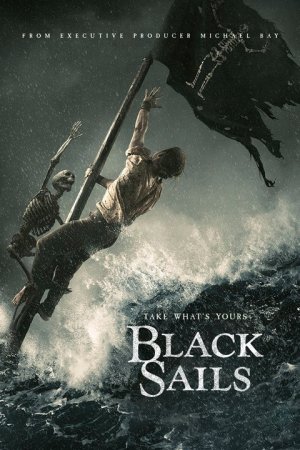 Or “Game of Boats”, if you prefer.

Composer Bear McCreary is always great at using period instruments and techniques when composing. This series includes bones as percussion, and an unashamed over-use of the Dulcimer – it’s the drone in the main theme, the melody and some of the percussion. The directors of this show know how to make great use of dramatic silence,  or having a really stripped-back and simple score, (like when we work out Flint is gay, #spoilersforthesakeofspoilers, in Se2Ep5)

I know I said I wouldn’t focus on opening themes, but I’m deeply in love with the intro music to Black Sails. The opening theme is rawcus, chaotic, slightly out-of-tune in places and, I suppose, kinda pirate-y. I could start drawing parallels with the punk movement if there wasn’t a gap of several hundred years.

I managed to get something that isn’t fantasy or sci-fi in here. Diverse, right?

Jeeves & Wooster was one of the finest ITV non-sketch comedies of all time and starred Hugh Laurie as a gormless, well-off gentleman with Stephen Fry was his gentleman’s personal gentleman. Composer Anne Dudley managed to capture the essence of the decadent 1930’s, with her dramatic big band jazz-infused score. Dudley composed for all 23 episodes, but was also a prolific producer and musician. Amongst many others she produced Tom Jones and Alison Moyet and sessioned on George Michael and Rod Steward tracks. Most notably she founded the The Art Of Noise which introduced sampling to the pop world.

This isn’t the score exactly, but a particular treat is watching Laurie’s character, (and we all know Laurie is a skilled pianist), attempt to wrap his head around the manuscript for Putin’ On The Ritz. He doesn’t quite get the syncopation and, as is usually the case in this show, Fry has to come to his aid.

Visit this link for Jeeves & Wooster DVDs on Amazon.co.uk.

Listen to Wu Tang Clan’s Gravel Pit. Replace the lyric “check out my gravel pit” with “check out my Battlestar” in Edward James Olmos’ voice. That has nothing to do with the score, but it’s a guaranteed good time.

Battlestar was Bear McCreary’s big break. He worked under original composer Richard Gibbs for the promotional mini-series, before inheriting the role for the full series. McCreary’s initial palette of instruments was largely percussive but as the show developed the producers began to notice the musical motifs and character themes, which they then asked to be developed.

The finest musical moment, (and indeed a pivotal plot point), is without a doubt the rendition of Bob Dylan’s All Along The Watchtower used in the final episode of Season 3. The song has an integral meaning to the plot, to the extent that fractions of the lyrics are used throughout the episode. A conversation between McCreary and writer Ronald D. Moore reveals that, in the Battlestar world, All Along The Watchtower was written by a member of the colonial fleet and implicitly recorded by Bob Dylan many years later.

Here’s a link to the complete Battlestar Galactica series DVDs or the Season 1 Soundtrack CD on Amazon.co.uk.

A long-running series in which Sean Bean doesn’t die? Crazy. He’s already died once on this list, (and will definitely die in my Top 10 Film Scores list).

I love Sharpe’s opening theme, a cool combo of Gary Moore -eqsue guitar work over a traditional orchestra. Dominic Muldowney employed the vocals of one of the series favourites, John Tams, (Hagman), who sang the folk tune Over The Hills And Far Away, (coincidentally, the name of one of Gary Moore’s better known tracks…)

My shivers-down-the-spine moment is during Sharpe’s Eagle, the 2nd episode of the series. In the battle of Talavera Sharpe is able to lead the outnumbered English troops to victory against the French, making him a hero back home and embarrassing the richer, higher-ranking English officers. The music here is triumphant and heroic.

Here’s a link for the Sharpe Classic Collection on DVD, and another for the soundtrack CD, Over the Hills and Far Away, both on Amazon.co.uk.

You’re probably sick of Bear McCreary by now, but do bear with me.

McCreary is great at using unusual instruments. In addition to traditional orchestral instruments and synthesized ones, The Walking Dead’s score makes use of an electric banjo, a hurdy gurdy, autoharps, and a rhodes keyboard. He’s also great about video blogging, so researching this section was so easy.

My favourite episode, music-wise, is Se2Ep9, “Triggerfinger”. This is the episode in which Lori wakes up in the her wrecked car, with a walker pushing through the broken glass window to get to her. The cue here is largely dissonant strings and chaotic sound designs, but there’s hints of electric banjo as well which really pierce through the mix.
Also in this episode we begin to see Shane’s paranoia develop, so there’s some cool distortions of his musical theme. Bear McCreary has a post on his blog about this episode, you should definitely check it out.

Take a look at The Walking Dead DVDs and

We all remember Mark Snow’s theme tune, (it’s awesome), but you probably don’t know it’s real name: Materia Primoris. A certain free translation app tells me this approximates to “First Matter” in Latin, or “Raw Materials” in Italian. I’m not sure which translation I prefer.

My favourite piece of the score is unquestionably the Tooms Theme. Eugene Victor Tooms is a great character, who first appears in Se1Ep3, and has the ability to shape-shift in order to gain access to wherever. (Imagine a Slenderman-Flat Stanley mash-up.) The theme begins as a tranquil, ambient piece which could fit into any scene without catching anyone’s attention, (like Tooms), but begins to stretch and distort in pitch, (like Tooms). Cunning stuff.

Here are the links for Seasons 1-9 on DVD and the 20th Anniversary Celebration soundtrack CD on Amazon.co.uk 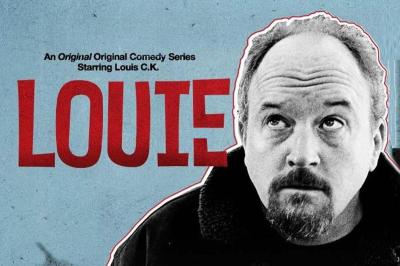 Regardless of what you think of his comedy, (if you think he’s anything other than a genius, please leave now), Louie CK’s self-titled and self-hating series has an awesome soundtrack. The score consists of some original jazz pieces and some re-arrangements of classics. One of my favourite musician-comedians, Reggie Watts, was also involved in the arrangement of the 1st season tracks and the opening cover of Brother Louie. I’m unsure if it’s the case, but some pieces sound so natural I can’t help but think they were improvised whilst watching a scene unfold.

Another example of live music being used as underscore is Ep11 of Se4, when Louie finds one of his daughters smoking on the marijuanas. The episode opens with a live performance from a gypsy-inspired folk band, which acts as a great juxtaposition to Louie frantically dragging his daughter away. That’s kinda the vibe of the whole show, that Louie is a regular man who is ill-equipped to deal with the various things the world can throw at you, and he just comes across as awkward and fat.

You can get Seasons 1-3 on DVD on Amazon.co.uk. You can probably get the other seasons on there too.

*Shudder* True story, I’ve only heard the intro music a handful of times, I usually just mute it or fast forward. 3scary5me.

The intro theme was created by sound designer Cesar Davila-Irizarry and musician Charlie Clouser (ex-Nine Inch Nails), while the series scores are by James S. Levine and Mac Quayle. Each season has it’s own distinct flavour. In addition to the traditional cinematic thriller and dramatic soundtracks, the horror scenes are complemented very well by the distorted and disruptive pieces.

An oddity is the 3rd season’s cameo of Fleetwood Mac’s Stevie Nicks as herself, (apparently she’s a witch, don’t know how we missed that one). Naturally, we become subject to just a little too much Fleetwood Mac this season. That aside, the rest of the season’s score has hints of New Orleans blues and traditional African sounds along with it’s usual broken cinematic horror textures. Winner.

Click here for Seasons 1-3 of American Horror Story on Amazon.co.uk